To Osh or not to Osh!

Well that’s what many Canadian General Aviation pilots were contemplating this year as to whether to attend the mother of all fly-ins, the 2021 EAA AirVenture Oshkosh (known mainly as Oshkosh) and arguably the world’s greatest general aviation (GA) event. Every year tens of thousands make the pilgrimage journey from across many continents to Oshkosh […]

Norm was doing the walkaround on the Maule. It was late winter; the snow was mushy even in the morning. The Maule was on skis and tied down to the lake with ice screws used by mountain climbers. He was mumbling “carb ice” and making sure I heard it. Overly concerned, I thought. We had […] 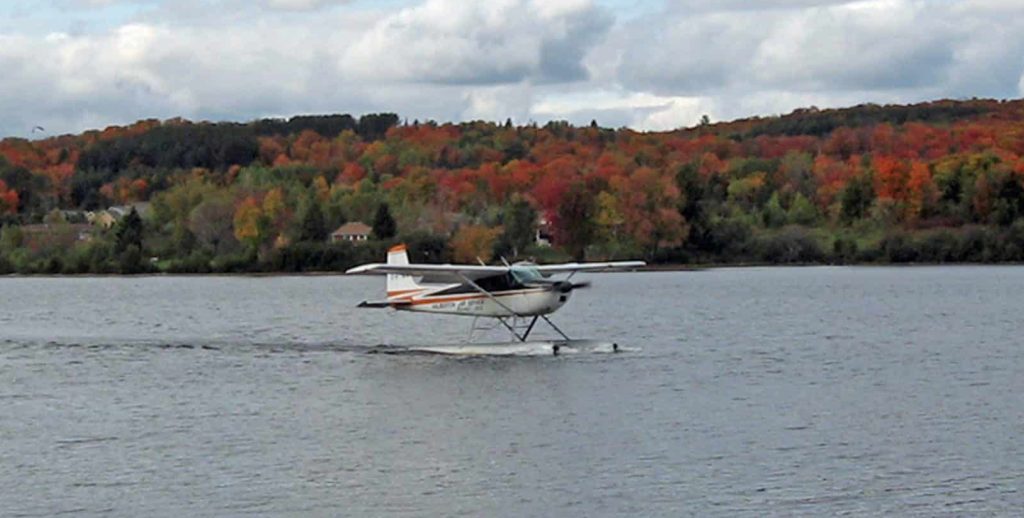 It’s an early blue-sky morning with not much wind, as I recall. I’m sitting in the Maule. The engine has stopped, and I’ve just collided with a 172. The right wing has ridden over the 172’s red cowl and rests at the windscreen root. At the dock, moored by its right float, the side where […]

How it All Started: The History of Edmonton’s Flying Club

Founding Until the 1920s, Canada had no formal system of licensing or training for pilots. In 1927, the government introduced a system that pledged to support aviation clubs with aircraft and funding. In response, Captain Wilfrid R.’ Wop’ May, a WWI flying ace, and Ken Blatchford, the former mayor of Edmonton, called a meeting on […]

As 2022 begins we would like to remind students that tax time is right around the corner. Please be sure to contact us on requesting your tax form. A student may be able to claim a portion of their flight training expenses providing it is their intention to become a commercial pilot. Please note the […]

Jacket order time has come again! With the new EFC staff members settling in and so many new EFC members we have decided to put in another order for EFC jackets! The jackets are $65 each or $70 with your name on the right sleeve. If you haven’t seen the jackets you can either find […]

Adventures with a Mission

To Osh or not to Osh! Well that’s what many Canadian General Aviation pilots were contemplating this year as to whether to attend the mother of all fly-ins, the 2021 EAA AirVenture Oshkosh (known mainly as Oshkosh) and arguably the world’s greatest general aviation (GA) event. Every year tens of thousands make the pilgrimage journey […]

I wanted to start my article off with a big thank you to EFC, Gerald & Sophia for sending a plane & pilot to the Westlock COPA for kids event @ you guessed it, the Westlock Airport on Saturday Sept 11,2021. In spite of persistent cross winds that lasted throughout the event, the pilots got some 125 very […]

Just a quick note that as your work on your night rating or into the spring as the days are getting longer and we are flying later into the evening to please try and be respectful of our neighbors. As always we do try to avoid Shady Acers by keeping the circuit a bit tighter […]

Edmonton Flying Club is a member-owned organization that operates an advanced fleet of aircraft and provides flight training at all levels from recreational to Commercial Multi Instrument rated, career ready pilots.